Interested to hear what the more knowledgeable users make of this.

It has the aluminum end blocks and white back panel of a JTM45...so I'm going to just guess that it has to be a transitional model, as the JTM45 evolved to become the JTM50 and then the JMP 50 watt model 1987.


And to me, it looks absolutely dead nuts original. I don't even see that the dye is disturbed on ANY solder connection, and see NO parts that I would think are replaced.

There is a similar example pictured at amparchives.com. In 1967 some JMP 50s had white backs and aluminum block end JTM45 style chassis. It all adds up.

Wow you spot some good amps on the net ! Interesting with the number ,JMP plate, and transformers. The bright cap on pot but not cap on the resistors.

I have 1709 which is a block chassis JTM45. I think 1720 started life as a JTM45, but maybe had those changes made at the factory or someone owned it who had parts.

It looks to me as many solder joints have been re dyed and legs with many bends, so much heat on those posts, burnt back insulation on some wires etc.
TX nuts?
Lamp?
Erie caps? YYH, Erie took over Hunts in 68? but rare to see Erie print even then.

Thank you for sharing this. Wonderful to see the photographic details of these old amps, such as the grain of the tolex and the almost copper colour of the plexiglass panel. Nice old amp.....and a lot of money!

I would call that amp overpriced.
T

Yeah, upon closer inspection I'm seeing what has aroused some suspicion. Big solder blobs on some turrets, with enough flux residue and even board scorching that there's NO WAY those connections were made once at the factory and never touched again.

I'm not going to quibble over the color of the dye sealant over the solder connections, but I've never seen yellow-orange before. Only red-brown. Maybe the orange is a color that was used. I would not know for sure.

The leads on some components are not straight enough for factory work. Definitely they look like they were installed in rework.

I'm going to take Tazin's word for it concerning some components not being correct. My knowledge is not that detailed...yet.

Someone tried pretty hard to pass this off as being more original than it really is. So it's overpriced. But not a bad amp.

Funny how quickly one red flag can multiply with the right eyes on it.

These guys also have this sale: https://www.rockandvintage.it/prodo...inets/marshall-en/1968-marshall-bluesbreaker/

What's the cutoff for calling a 50W combo a "Bluesbreaker"?

Marshall still calls the newer repros Bluesbreakers even if they have the wrong speaker, tubes and cab, so...
N

I had a correct one of these - I have detailed it before (Plexipalace and Metroamp) but I guess that was a while ago.
I had pictures on Photobucket but they are long gone, may have some others tucked away somewhere.
I even made a clone of it where evidence does survive:
http://forum.metropoulos.net/viewtopic.php?t=41831
They were made in early 1967.
Block end chassis with serial numbers around the 2000 mark
JMP front panels and white rear panels
Used a Drake 784-128 OT for EL34s and 1202-118 PT and 354-114 choke, GZ34 rectifier
Normally 270k mixers unbypassed (like a PA amp) it had 27k NFB on 16 ohm tap
Preamp filter a single 32uF can.
When I got mine it had a 50uF V1 cathode cap and an added 560pF mixer bypass cap and it had an original JTM black flag front panel that I was never totally sure was original as all the others I saw were JMP panel it sounded really very good and I kept it for quite a while but someone made me a silly offer for it and I needed the cash for something or other (my amp/toys money is finite and totally separate from household finances!)

The one of the pics is much molested and actually too early to be a proper one (PT suggests a JTM45 with KT66s).
Added swamps, added screen resistors, replaced switches and lamp, all the pots are replacements, cap on Vol 1 not correct. You can see that the OT is a replacement (dye seal on nylocs broken).
Originals of these have two output jacks and having only one is like a lead spec JTM45.
Originals used orange an blue wires unusually in specific places (suggesting small production run, I'm guessing 20-30 amps from serials I have seen.
I'll see where my pics are.
N 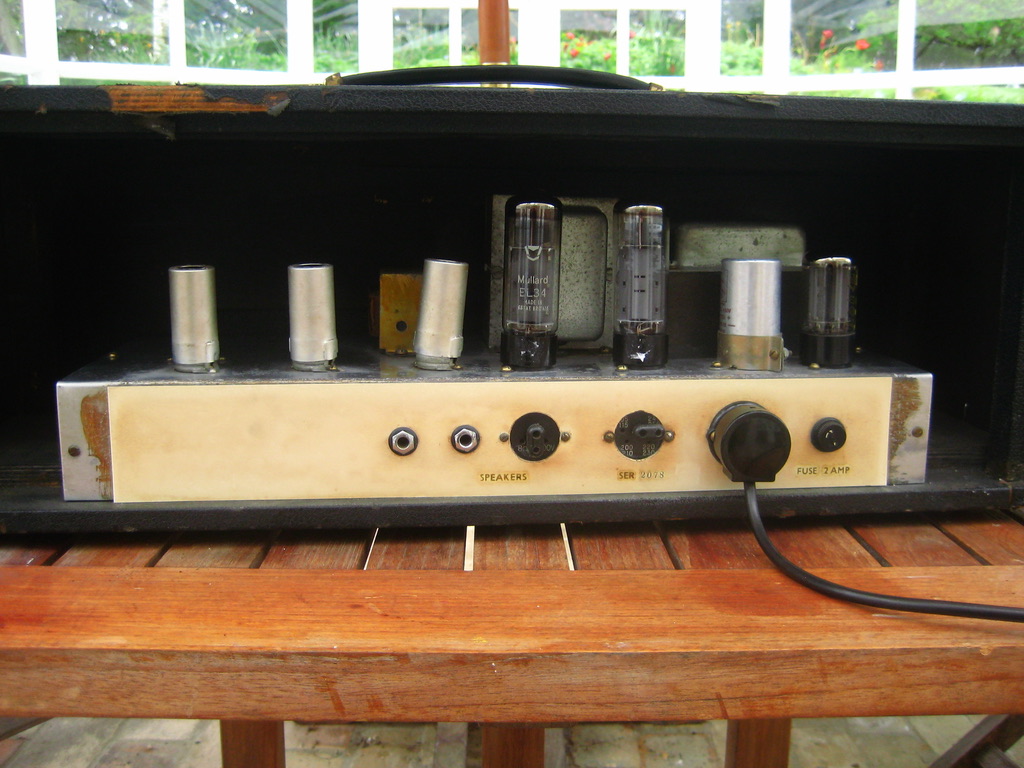 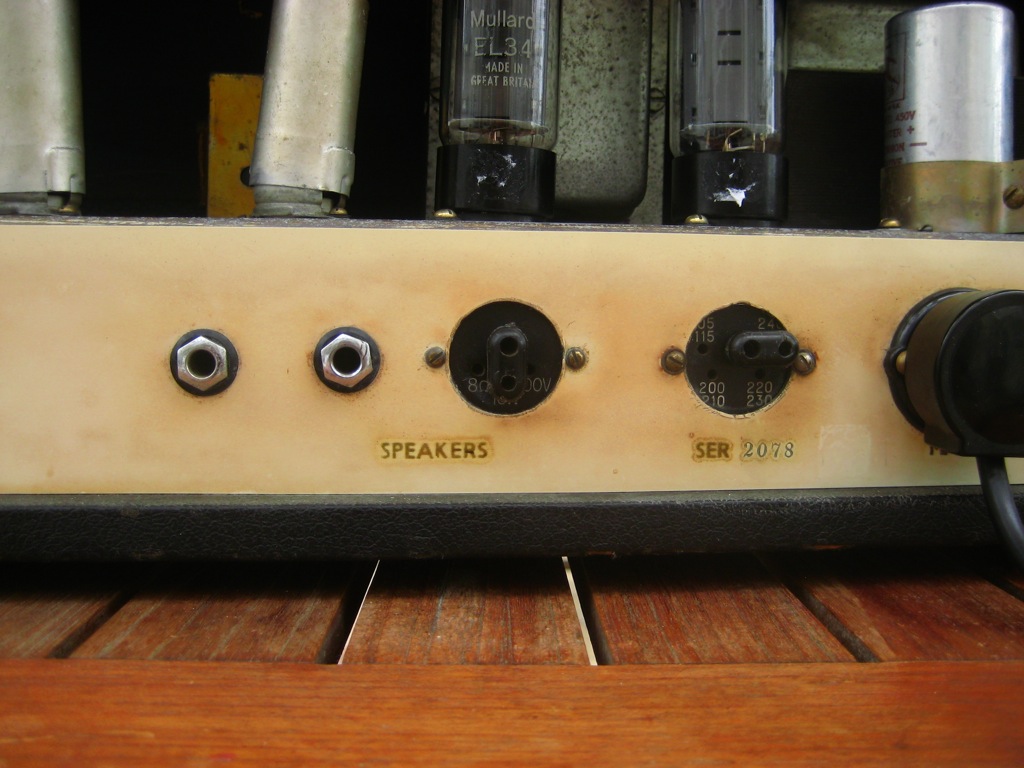 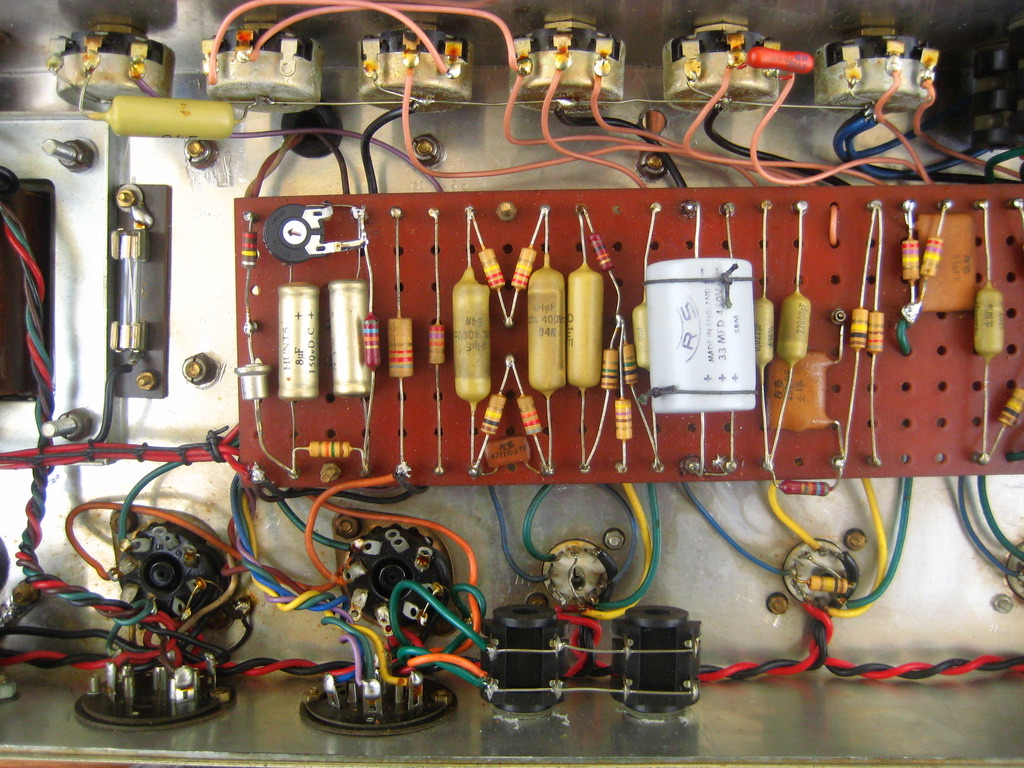 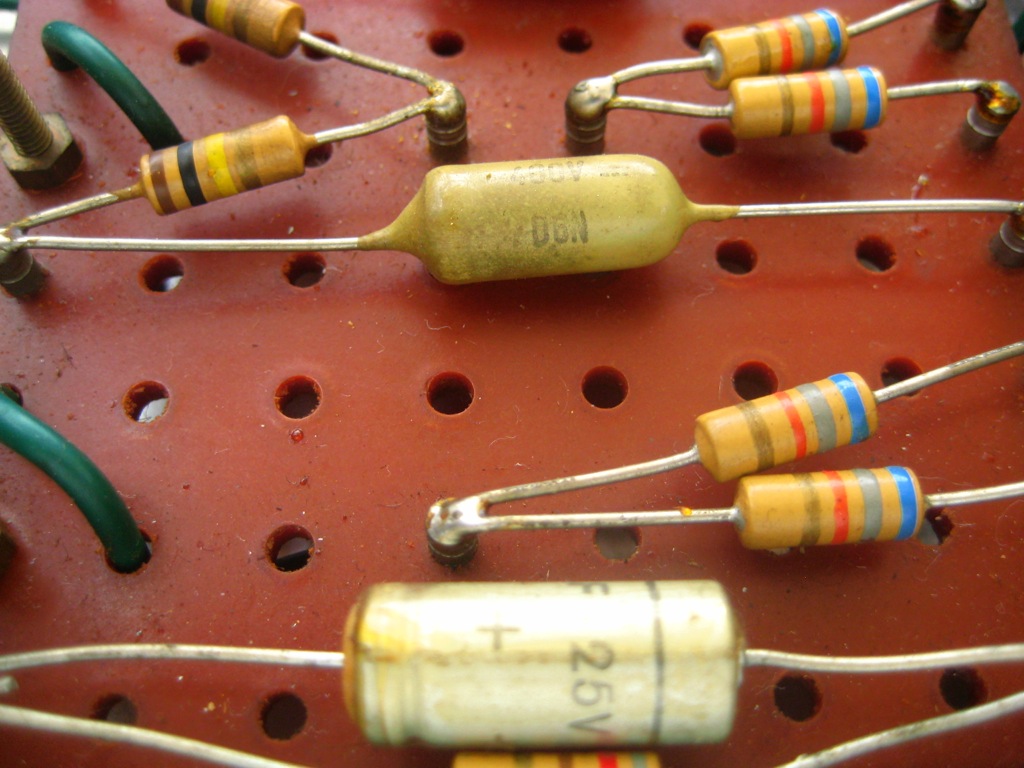 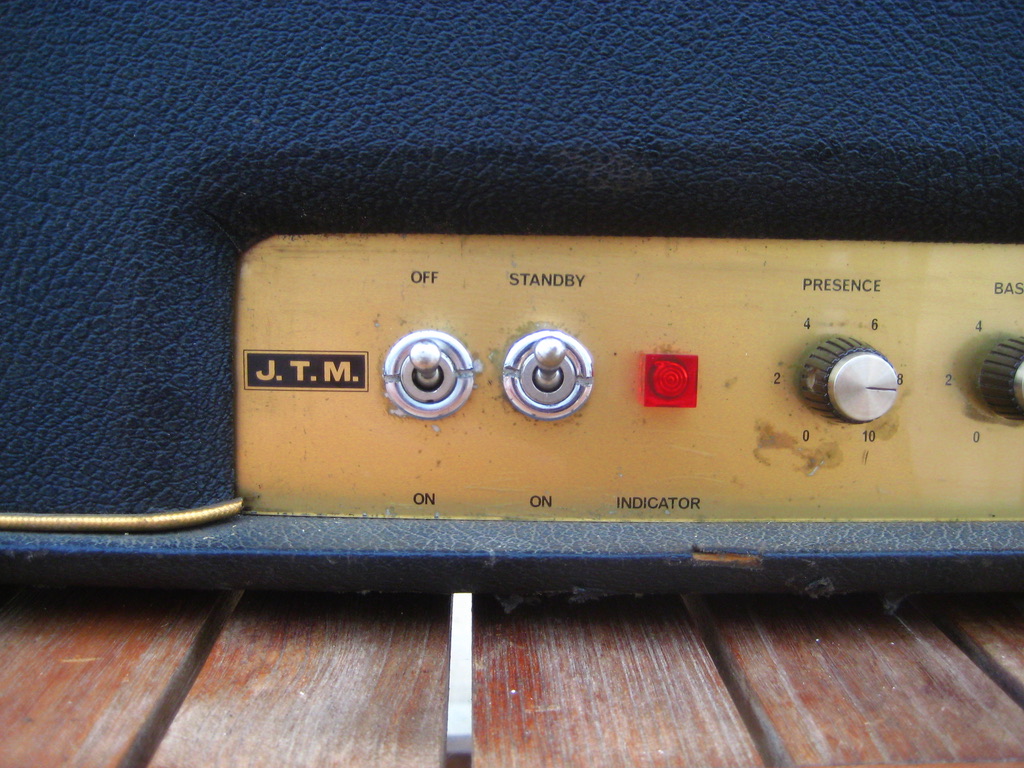 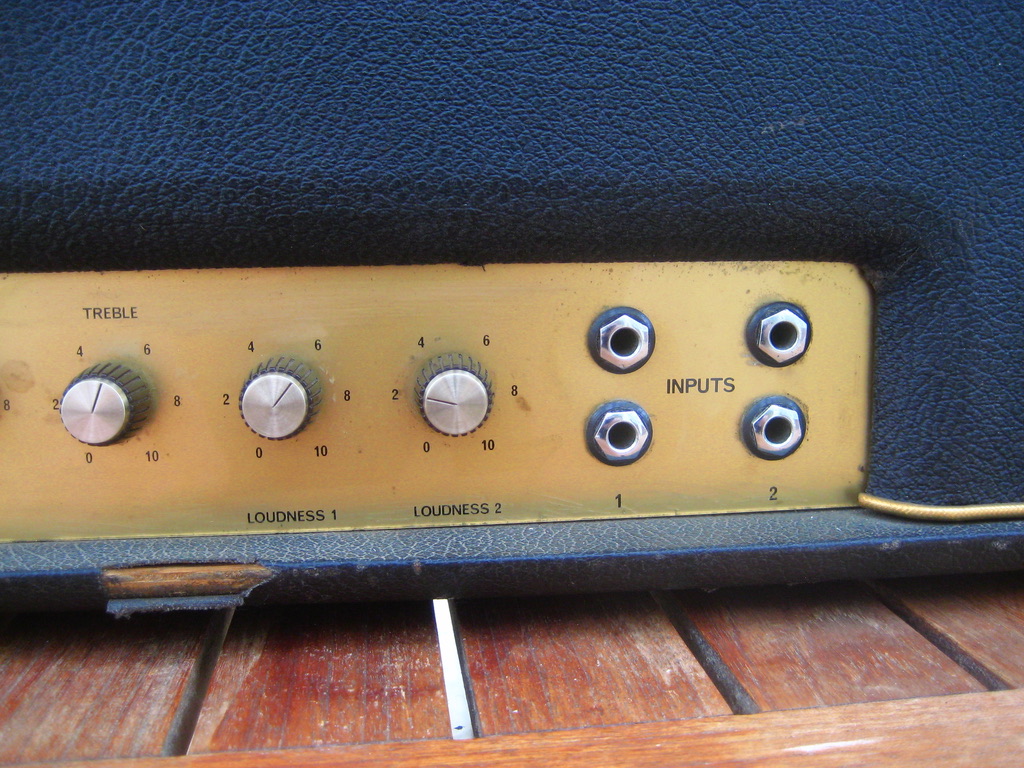 Note the low position of the script on the original BF faceplate!

neikeel said:
Here are some (some got lost an image quality is not 100% but you will get idea)

Note the low position of the script on the original BF faceplate!
Click to expand...

I have yet to see a repro faceplate with the correct positioning of the bottom row of lettering. Great photos.

I have seen those smaller Morganite pots in other block end amps, but never a full set. Agree with the other comments, it doesn't quite add up.

The Ringway Music decal looks straight though - same shop my Laney 200 came from: