This is amazing! Watch 77 (!) Randy Rhoads Style Guitars in only one Song (Playthrough)!

with the kind permisson of the Band FADEAD from Berlin/Germany I can show you this great video (and some photos):

Who's the guy in your band who has the most guitars?
In the Band FADEAD it's the least suspicious member - the drummer!

He has a soft spot for Randy Rhoads style guitars and collected 77 of them!

Randall W. Rhoads, who gave this design its name, died in a plane crash on March 19, 1982.
To honor Randy Rhoads on the 40th anniversary of his death, this big collection will be displayed at Guitar Summit (Mannheim/Germany) this September.
There will also be a report in one of the next issues of "Gitarre & Bass" magazine (Germany) about Ozzy Osbourne's guitarist at the time and the crazy idea of collecting these guitars.

The audio track for the video was played with only one guitar - a Kiiras RRouta (the first and the last one in the video) - through a Marshall Dave Mustaine JVM.

Here are some photos: 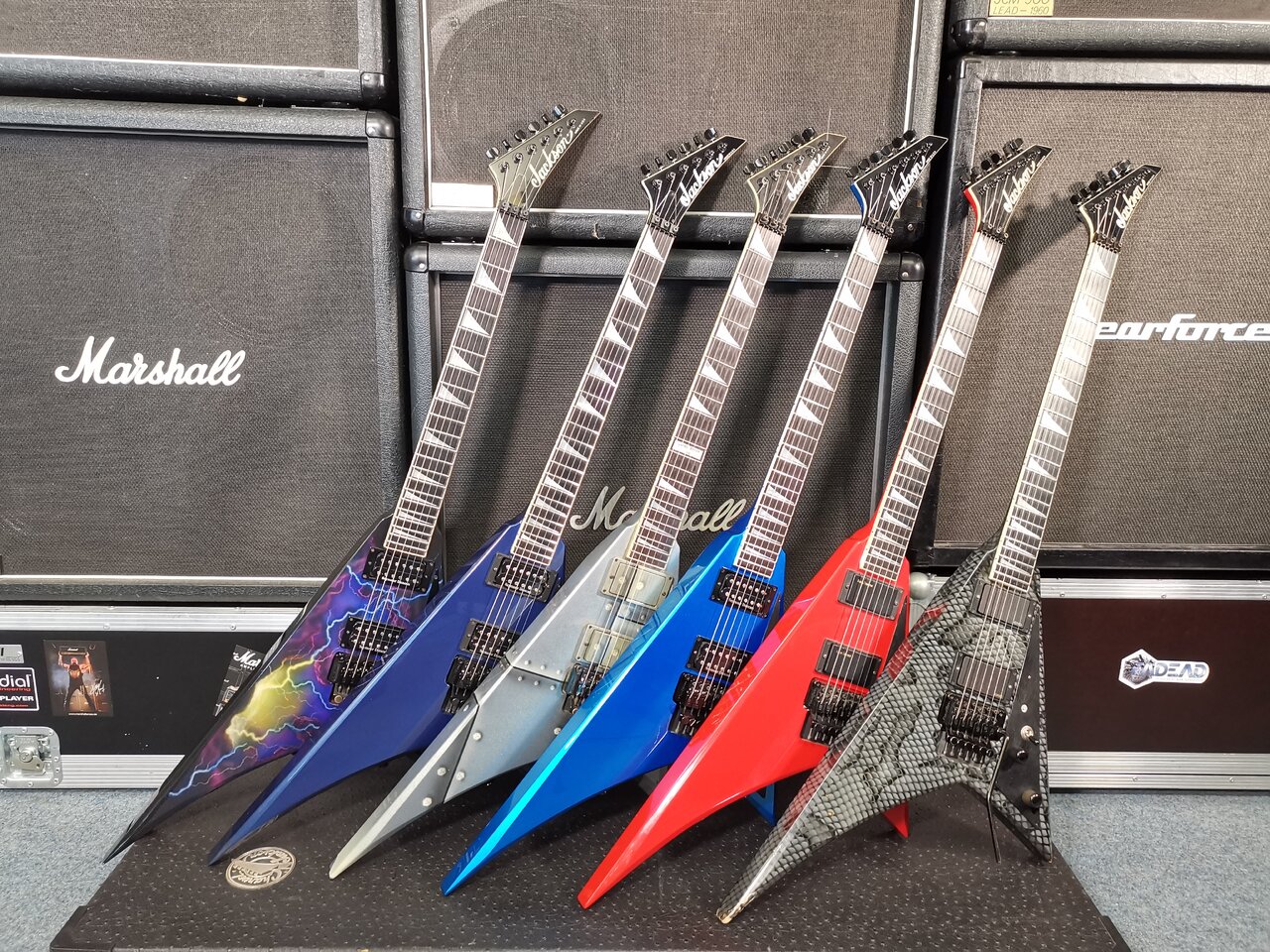 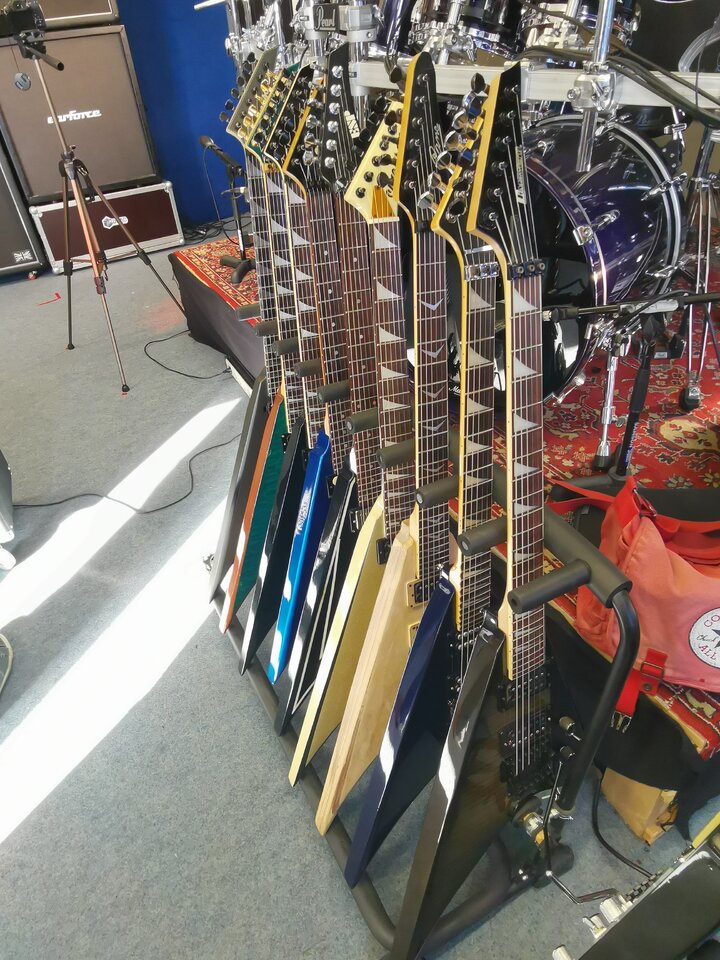 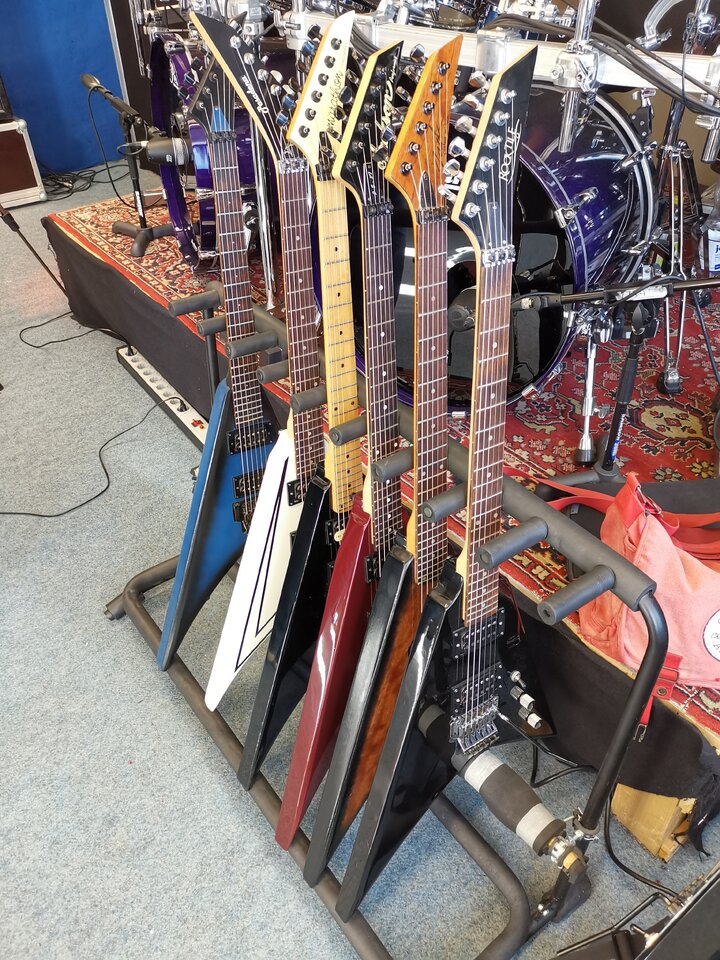 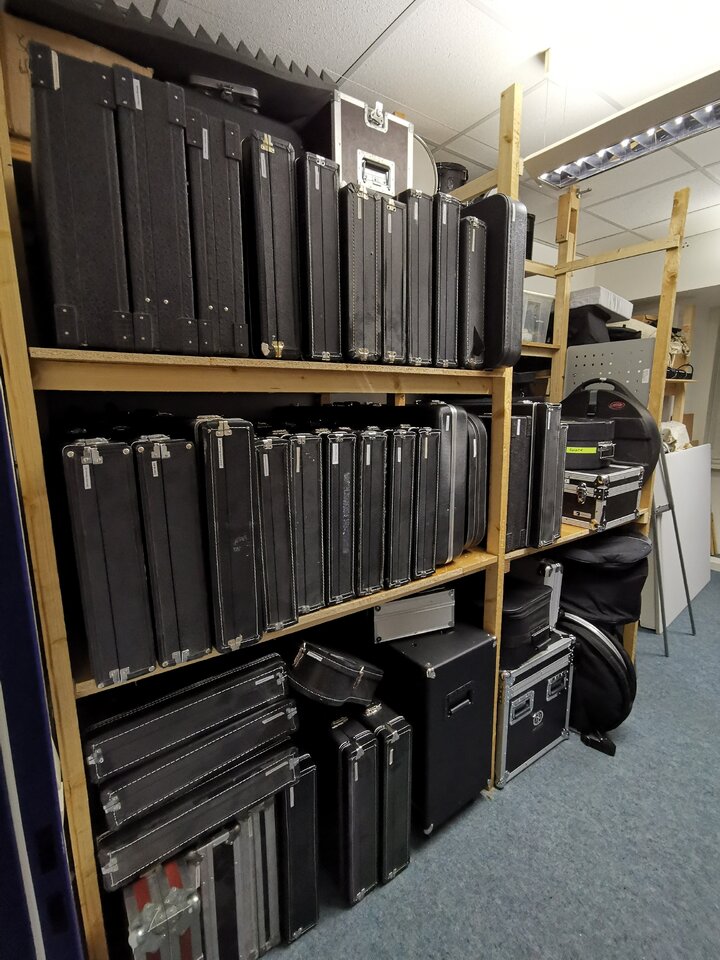 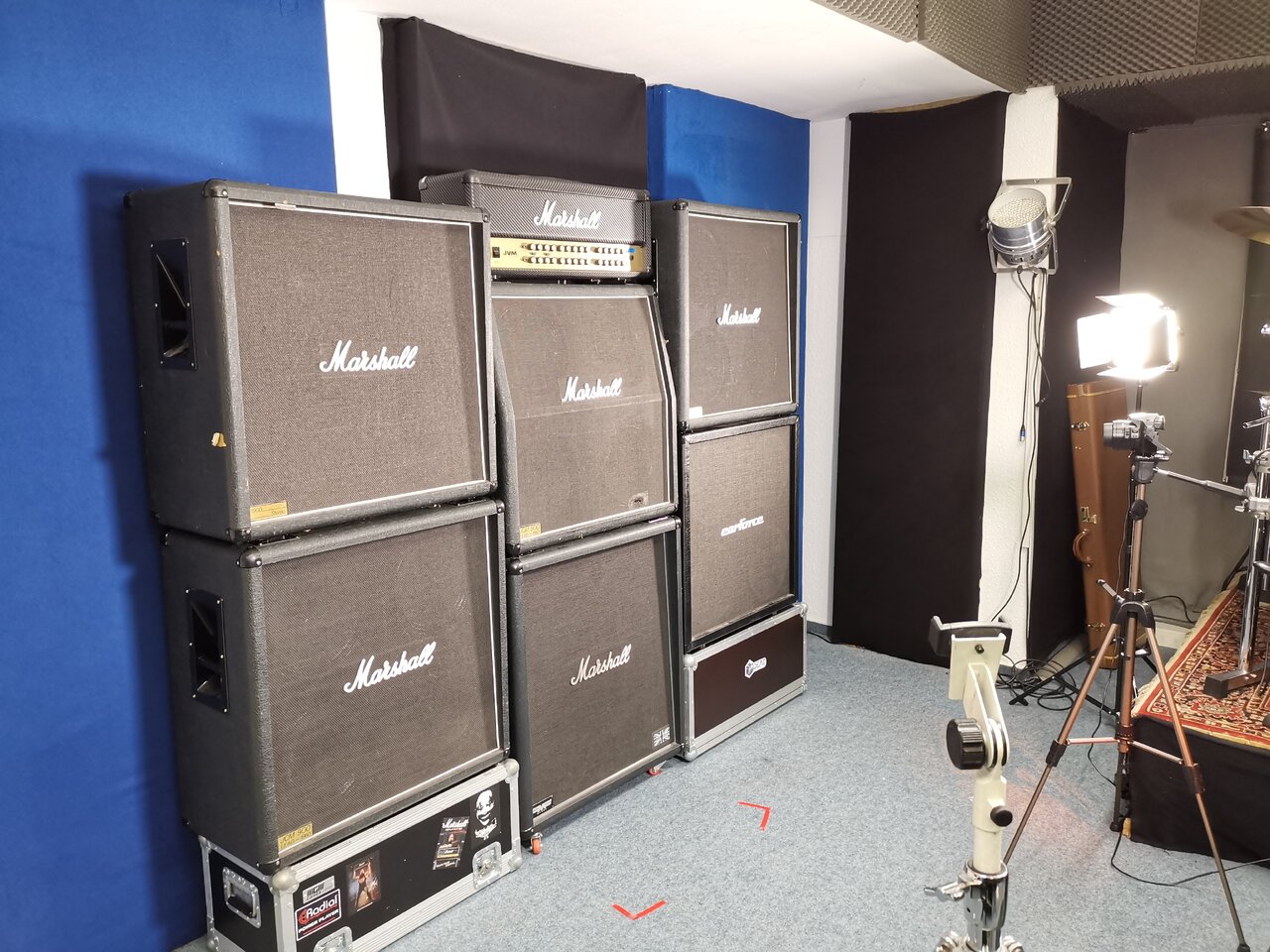 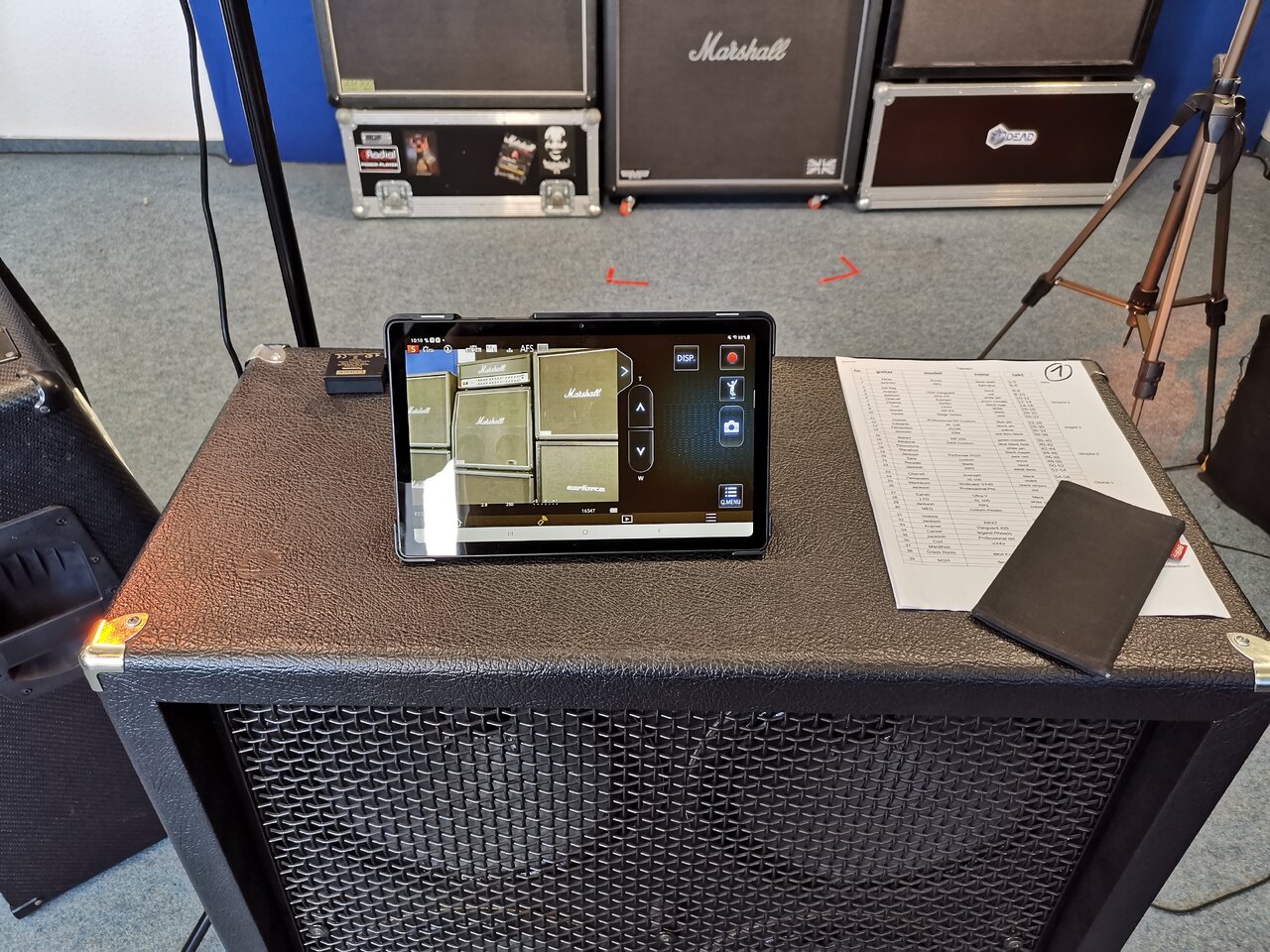 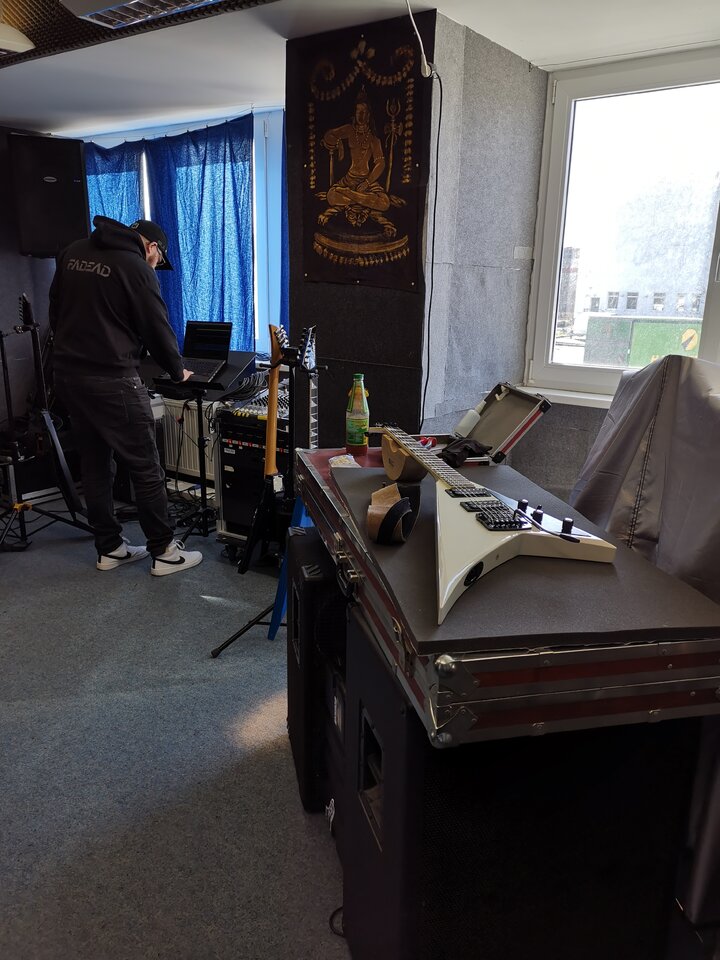 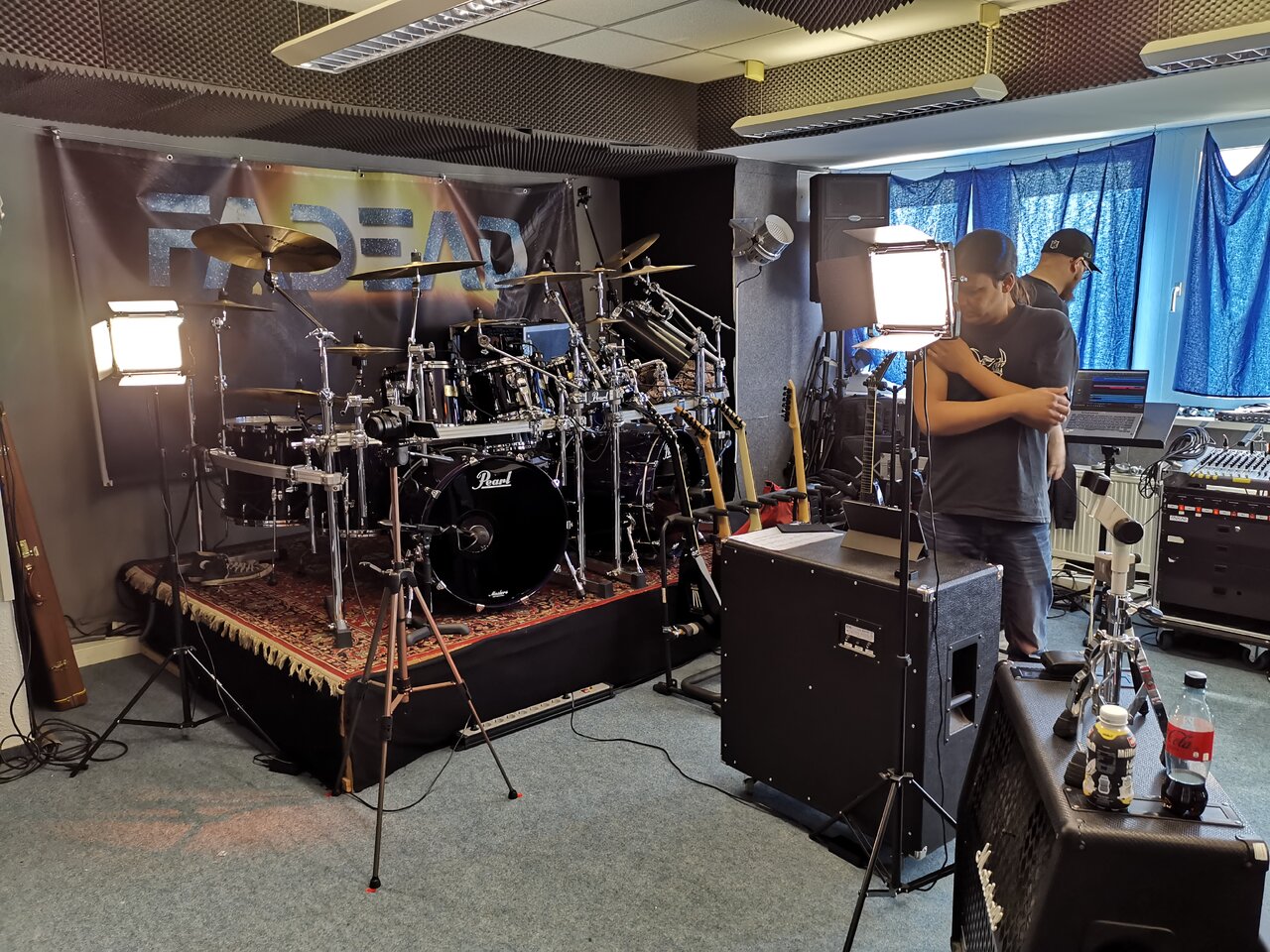 I hope you enjoyed the video as much as I did!
Please show these guys some love for their great idea and this fantastic video on Youtube.

Cool song. Admittedly some of the customs may have flew over my head, but less than 20 were wowing me (most in pic 1) and I’d still take my 2 over the any of them. And yes I am envious the DRUMMER has that many guitars, much less RRs!

So, he owns a small guitar store.
Just like Mom n Pop.
Not impressive. Sad.

Tip: The non usage of a jvm would make ur homies even more Randylike. Your hometoys
invested too much monies in chinese guitars,
what about the big blondie wig and 80s perfume?

Guy its 2022, anyone with a non-manly job can buy 70 guitars. Why is this impressive?

Tatzmann said:
Tip: The non usage of a jvm would make ur homies even more Randylike. Your hometoys
invested too much monies in chinese guitars,
what about the big blondie wig and 80s perfume?
Click to expand...

FYI I don't know any of the band members personally.
I saw the video on a German forum and I liked it so much that I thought I'd post it here so more people can see it, especially since the Youtube channel is quite unknown and why not support these guys.
They put a lot of effort into the video - and you're not forced to watch it if you don't like it.


Tatzmann said:
Guy its 2022, anyone with a non-manly job can buy 70 guitars. Why is this impressive?
Click to expand...

So where's your video with 77 guitars?
Feel free to post it here.

I dont need 77 guitars.
And i did not watch this vid.

A clown said to George Costanza:

Me neither.
But that doesn't mean that I have to bash someone's work who enjoys collecting these.
Of course you're entitled to have your own opinion, that's ok.

See, thats the thing, its not hard nowadays
to obtain low to middleclass guitars
and making phonevideos with it.

I didnt bash it, it just has no appeal.

Tatzmann said:
See, thats the thing, its not hard nowadays
to obtain low to middleclass guitars
Click to expand...

There are rare guitars included which you just can't buy everywhere all the time.
Some of them I haven't seen since my early youth.
I'm pretty sure that this took him years to collect all these.

I don't know whether he's rich or not - and honestly it doesn't matter.
It's not about the money but about being a fan of this style of guitars regardless of the price and showcasing them in one short video.

And of course it does take much more time than 5 minutes to film it, stand in the same position all the time without bigger movements, play the same riff again and again...
But why I'm explaining that... you have your opinion and that's fine like I've said.

Tatzmann said:
See, thats the thing, its not hard nowadays
to obtain low to middleclass guitars
and making phonevideos with it.

I didnt bash it, it just has no appeal.
Click to expand...

FWIW, there are a number of them that I would call “trash” that others may call “economy/value” imports, BUT between some of the customs, the MIA Jacksons, and the MIJ ESP(s), he had a solid dozen top tier imstruments, which is not unimpressive in the least, and actually quite crazy considering his main role as a drummer.

There is something to be said for a guy who is a professional musician who has the disposable income and/or dedication/discipline to collect even half of that as a secondary instrument, which speaks to his love of playing music… particularly so if that was him playing in the video and not the band’s guitarist trying on all his “RR hats.”

V-man said:
if that was him playing in the video
Click to expand...

According to the original post on the German forum it's the lead guitarist of the band who played the guitars in the video.
K

I bet changing string day is a bitch and expensive, That was fun. To bad he could not play some real music on them.
You must log in or register to reply here.