Relic'd Guitars are for Posers

tallcoolone said:
Apparently if the wear isn’t verified as yours that doesn’t count

PowerTube44 said:
Most of these relic jobs are amateurs. Let's let Fender show you how it's done!

I once owned a Charvel custom shop that was finished in something they called "burned in hell"....but this damn thing looks like it was cremated and didn't make it that far lol

tallcoolone said:
Getting annoyed with relic finishes is no different than getting annoyed at sunburst finishes. Silly.
Click to expand...

In fairness, the whole thread is kinda retarded (understatement of the year). Don't like relics ? No one is making you play one at gunpoint, so just move along and don't feel the drive to blather about them as if your tastes were in any way superior to anyone else's.
Seriously...

If you end up getting one of those "roadworn" models from the factory and it happens to come with some relicing, if the guitar plays well, it's worth the extra wear spots. Might want to go through a few and chose which one plays the best without having been over-reliced if you can find one.

tallcoolone said:
Apparently if the wear isn’t verified as yours that doesn’t count

Sledge Johnson said:
What say you?
Click to expand...

Reminds me of the spray-on mud (for vehicles) thing that I’ve actually seen in reality.

Posers gon’ pose. I mean, live your life how you want to, I don’t care. Still seems kinda dumb though, ngl

Ball Peen Johnson
Thought he was a sledge
But left his gf want some...

There's a song in there somewhere...

Sledge Johnson said:
What say you?

Any blemishes or finish faults on my guitars were earned honestly... by me !
Click to expand...

I never really distressed my guitars finish. I’ve got 60 year old guitars that have natural finish cracks. That’s just me. I don’t do that crap on my own.
Last edited: May 23, 2022

Ken Ops said:
Reminds me of the spray-on mud (for vehicles) thing that I’ve actually seen in reality.
Click to expand...

I guess that's what Amber sprayed on Johnny's bed.

ricksdisconnected said:
indeed. i do however like the nitro thats relic'ed that allows you to continue to "wear it in" over the life time
of playing.
Click to expand...

While I have never had a chance to play a relic'd guitar by a company like Fender, and never having owned one, I ordered and received a year later, a M2M '59 ES-355 done in watermelon red and an ultra-light age Murphy finish.

It's not chipped nor has lost paint anywhere on it. Rather it just has a checked finish which is barely visible unless seen up close.

While it is ultimately not a guitar I would have ordered if I had played one first, I still like it as it sounds and plays very well, and I really don't notice the checking.

The upside is that the nitro used is close to what was used in the 1950's, and has a different character to it then the regular Gibson nitro, allowing the guitar to really vibrate better. Also the little touches done to the guitar like rolled fretboard edges, really makes the guitar feel already broken in and it has a great sound and tone to it, without sounding smothered.

ricksdisconnected said:
guess you guys dont like these either?

tallcoolone said:
Getting annoyed with relic finishes is no different than getting annoyed at sunburst finishes. Silly.
Click to expand...

What about dragon telecasters haha? 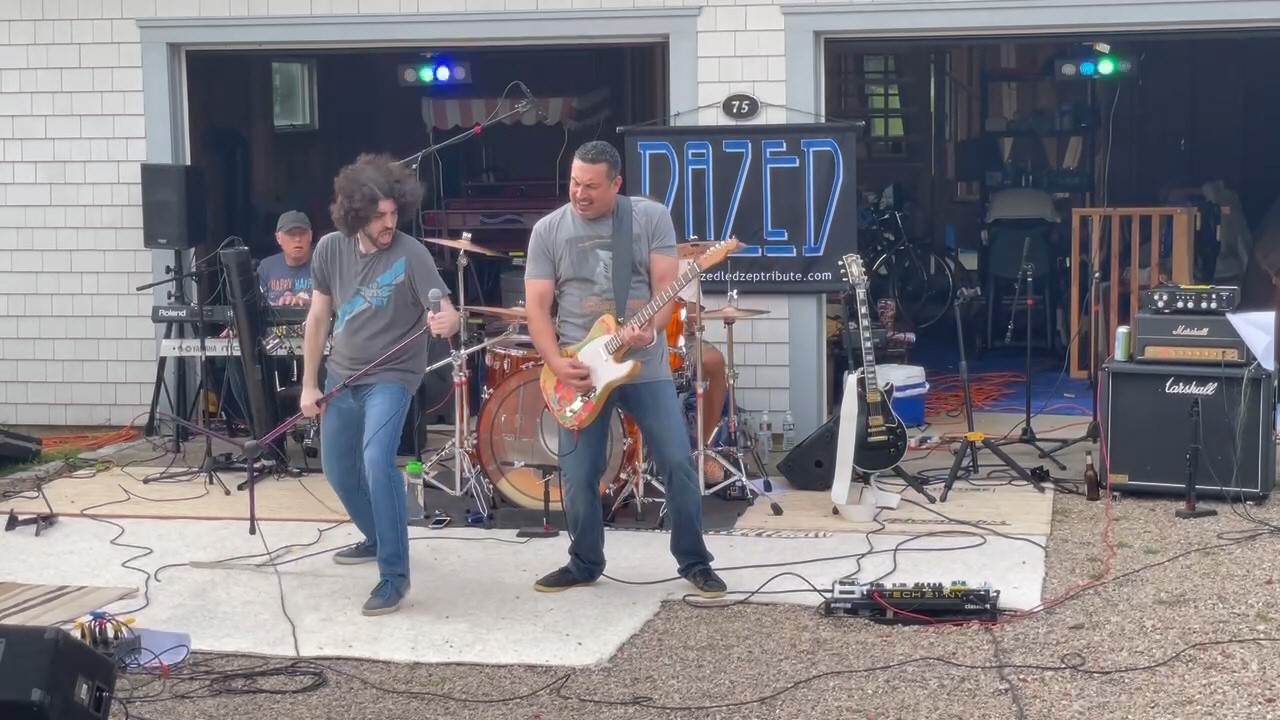 What I find annoying is that other than a made to order I cannot get say a 1960 reissue here in Canada WITHOUT the pre mucked up and diseased hardware. Body brand new but hardware is all distressed. Looks ridiculous.
Sigh... at least offer the choice.
But then again, I really don't need one so it keeps me from thinking too hard about it!

Sledge Johnson said:
What say you?

Any blemishes or finish faults on my guitars were earned honestly... by me !
Click to expand...

I like relic’d guitars. I like the way they look and feel. Poser? Total bullshit, That means Joe Perry, Richie Sambora, Brad Whitford, Joe B, just to name a few are posers. I agree…..its a finish choice.

If people don't like them that's fine. I get it. You want shiny and new. But to call someone a poser for playing one is ridiculous. There's plenty of relic'd guitars out there that are beautiful looking and playing instruments. If it's not for you then why judge someone if it is for them?

If you want to get technical, almost all of us on this board are posers. We play marshall stacks at home with attenuators and master volumes so we can get good "bedroom volume" when I'm sure the majority of us could use a small combo instead. We're all wanna be rock stars. Get over it. Play your instruments and amps, and keep it fun! That's why we do what we do! If something makes you happy then who cares what anyone else thinks? I don't. Buy the gear you want that makes you happy and inspires you to play!

ricksdisconnected said:
guess you guys dont like these either?

Don't know, haven't heard them tmk
Is it an purely cosmetic treatment ?
Or an electromagnetic thang ?
Both?
You must log in or register to reply here.