Michael Roe said:
This arguing back and forth is kind of funny....reminds me of when I was about 8 or 9 years old riding the school bus home. Me along with some other cool kids had to let those other kids know that Kiss in fact was way better than the Beegees.
Come to think of it.....nah, maybe not the same.
Dio Rocks!!!!!!
Click to expand...

my brother & I used to argue Led Zeppelin (me) vs KISS (him)... I never liked KISS. I threw his Rock & Roll Over album up like a clay pigeon & whacked it w/ a baseball bat like a pinata... 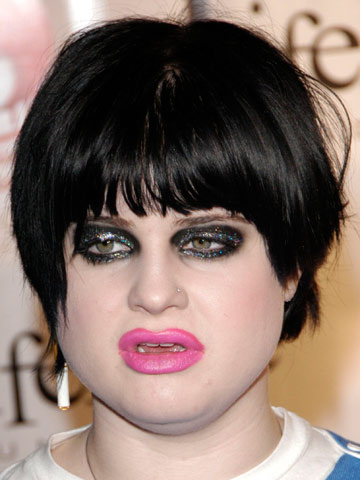 When Kelly Ozbourne on "the Ozbournes" was shoving her hand down her pants & smearing her crotch smell on other family members i realized there were English Hillbillies living in Beverly Hills.
And realized my parents wern't so bad after all.
J

Dogs of Doom said:
Sample: Bark At the Moon

I saw Ozzy Bark Tour early 80's Motley Crue opened.
There was so much Pyro-pot-ash after Motley played floating in the air people were having respiratory problems.
I couldn't wait to see Jake play "Rock-n-Roll Rebel" but was dissapointed when he did because there were so many layered guitar tracks on the album the live version sounded nothing like the studio tracks.
Jake did bar dives without a bar, that was impressive.
And of course BATM sounded great.

LPMarshall hack said:
I tried to like sabbath years ago. I wanted to be one of those guys in the jean jacket that would flash the devil horns and yell “Sabbath!!!” But I couldn’t do it. The songs bored me. All sounded the same to me.
Click to expand...

Your ears are under arrest buddy!

And let's not forget about that open container in your avatar...

Dan I think the jake e lee vid is a gag video. It dont sound right.

If you were in Rebellion these were your guys.

look up any guitarist & put "shreds" after it. You'll see these gag vid's...

like this, although this one isn't necessarily guitar related:

Wow, sounds like a couple of my vids I posted in here. Now I don't feel so bad, lol.

Dogs of Doom said:
You mean Sharon can't afford for him to retire...

Well, she can, but, she wants every penny.
Click to expand...

She is already working on a contraption to prop him up and move his mouth after he dies so she can keep milking him for all he's worth.

Ozzy is a legend, but he needs to hang it up. He doesn't have to do anymore. His solo work and work with Black Sabbath will be around for many years to come. It has stood the test of time. His legacy is solid. If Elvis was the King of R'n'R, then Ozzy is the King of Metal.

Personally, I make a point of not seeing bands in the sunset of their careers. I like to remember their concerts when they were in their prime.

I saw Ozzy and Sabbath on their last tour. He was out of key several....many.... times. I didn’t give a shit. The guy tried his ass off and was great with the sold out crowd. He kept everyone fired up.

I comparison, I saw Whitesnake last year. I think Coverdale used backing tracks and that beautiful voice he had is gone. It’s not there anymore. I saw foreigner....they sounded great... but not a single guy from what I would call foreigner was on stage all night until they rolled out Mic Jones for the encores. I saw The Who on last tour and there were several extra musicians on stage. Pete played guitar very well and Roger’s voice was ok for his age but they got lots of help. I saw Styx and the keyboard dude was so.....political correctness alert......”flamboyant” ....... that he ruined a pretty good performance by the two guys on stage who were actually in Styx. I recently saw Alice Cooper, Who by the way had an attractive chic beautifully shredding all night with a wall of JVMs behind her, but I would bet real money he used vocal backing tracks all night.

My point is, sure Ozzy’s voice is compromised....so what! He never had a voice comparable to Plant, Ian Gillan, Coverdale, Paul Rogers anyway. He does have the biggest personality. He had no backing tracks, no army of backing vocals, and his huge personality as a true front man more than made up for it. The guy is a “rock star” loaded with charisma. The show I saw, I gave him a pass and just had a great time. I found it more authentic than a lot of the other shit I described above. I’m not even going to bring up Kiss or the Dio and Zappa hologram morbid shit going on.
Last edited: Jun 23, 2019
A

Coverdale's voice changed when he got his nose job in the '80s. He still got some good performances after that, but, once he started aging, not only did he lose some of the highs & got raspier, he had already lost his girth from the surgery...

Dogs of Doom said:
I really don't understand why people pay to see Ozzy. I like Ozzy. Always have. But I accept that his last shred of talent left him about 25 years ago and he has been coasting on past achievements ever since.
Click to expand...

'Blizzard of Ozz' & 'Diary of a Madman' & 'Speak of the Devil' plus the old Black Sabbath albums are the only Ozzy I ever cared about. After that, he became sort of 'the Benny Hill' of heavy metal. When I saw him dressed as a werewolf on that 'Bark at the Moon' LP cover, I was DONE with Ozzy.

I HAVE over the years enjoyed listening to some of Jake E. Lee's guitar work while blocking Ozzy's vocals out in my head...

Kinda HAD to do the same thing with Van Halen after the first (and best) 4 albums. Once a band starts going 'commercial' it starts to get weird... I guess you can't blame people for wanting to 'stay in the game' & make tons of money before it's all over, though. It even showed it in the 'Ray' Charles movie...
Last edited: Jun 24, 2019
You must log in or register to reply here.