The acclaimed folk musician Roy Harper has expressed anger and sorrow over a three-year battle to clear his name of allegations of historical sexual abuse.
Harper, who has worked with artists ranging from Paul McCartney to Kate Bush and was namechecked in a Led Zeppelin track, walked free from court after prosecutors announced they were dropping allegations against him.
Earlier this year a jury cleared Harper, 74, of claims that he sexually abused an 11-year-old girl in the 1970s and indecently assaulted a 16-year-old girl in 1980. But it failed to reach verdicts on other charges relating to the 11-year-old and he faced a retrial. Finally, prosecutors at Worcester crown court offered no evidence on these charges on Monday.
Outside the court, Harper said he had always maintained his innocence. He said: “I have now been acquitted on all the charges that were brought. This case should never have gone as far as this, or taken so long to resolve.

“The psychological and personal cost to my wife and myself has been enormous and the financial cost hugely unfair. I lost my livelihood and I spent my savings ... and more, on my defence.
“I realise these are difficult issues at this time in this society, and I thank my lawyers for standing by me and working so hard to show the truth. Despite coming out of this without a blemish on my name, I cannot recoup my costs and that’s left me incredibly angry.
“I’m now going to restart my working life where I left off nearly three years ago. I’d like to thank everyone who’s continued to support me. Thank you, all of you.”
A Crown Prosecution Service spokesperson said: “We keep all our cases under constant review and in this case it was decided that based on the strength of the evidence there is no longer a realistic prospect of a conviction. We will be meeting with the complainant and her family in order to fully explain our decision.”
Harper has been a professional musician since 1964, releasing 22 studio albums and 10 live albums across his 50-year career. He has never been a household name but he continues to influence young musicians and has always been hugely admired by his peers, not least Led Zeppelin, who honoured him on their Led Zeppelin III album by including the track Hats Off to (Roy) Harper.
He was first contacted by the police in connection with the allegations in February 2013. In September that year his first album in 13 years, Man and Myth, was released to critical acclaim. The Guardian gave it four stars and called it “an absolute corker”.
During his trial, the prosecutor Anthony Potter told the jurors that several offences against the younger victim were alleged to have occurred at the singer’s then home near Marden, Herefordshire.
The alleged victim told police Harper’s home had been an exciting place to be when she was younger because there were lots of famous people there. She told officers: “I couldn’t wait to go round there. I felt special. There were lots of famous people, it was a nice place to be.” Harper now lives in County Cork, Ireland.

Come in here dear boy, have a cigar you're gonna go far!

there must be a connection between mega-perv's minimalized behavior regarding Lori Maddox.

now refined to this. 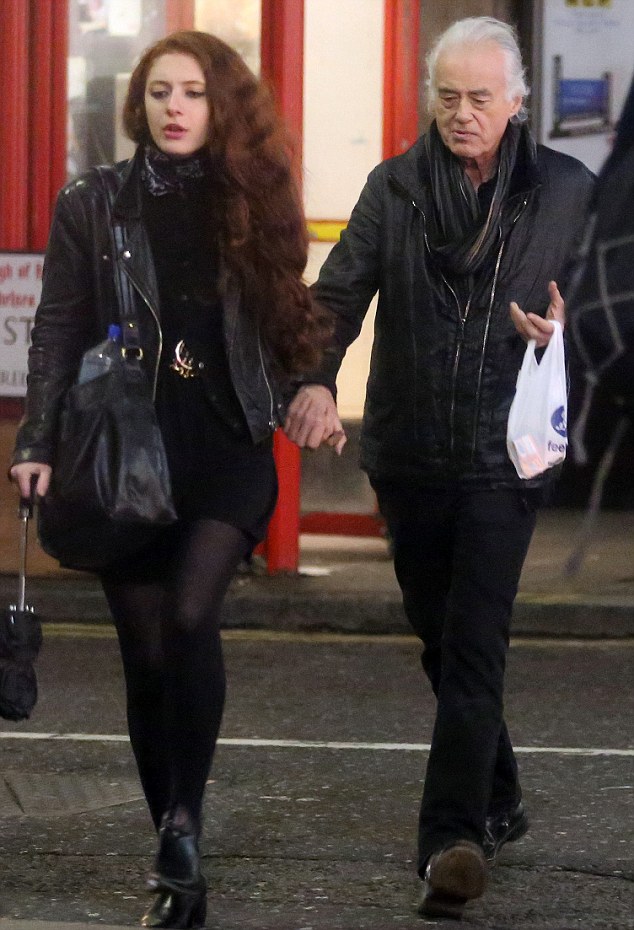 you could probably indict every '70s rockstar, w/ your post...

Funny though, that last image is from a show at the Olympics, that was a set performance by the Olympic Committee of Great Britain. Lewis was 23 years old when they did the 1 off performance in Beijing...

Harper sang Have A Cigar on Pink Floyd's Wish You Were Here...

Location
everywhere you wanna be.

yeah they will go after a man with little $$ but they run from bill cosby dont they.

ricksconnected said:
....but they run from bill cosby dont they.
Click to expand...

From what I understand, they don't run far....

Location
everywhere you wanna be.

Ghostman said:
From what I understand, they don't run far....

Dogs of Doom said:
Funny though, that last image is from a show at the Olympics, that was a set performance by the Olympic Committee of Great Britain. Lewis was 23 years old when they did the 1 off performance in Beijing...
..
Click to expand...

I never understood how Zeppelin was brutally reviewed back in the 70's. Today, it seems absurd.

until you see what Page did during the Olympics. Bizarre pretty much sums it up. or is he ahead of his time? 20 years from now we'll be applauding the performance.

those set up shows are usually a trainwreck at best, distaster in the making. Someone from Great Britian decided that they wanted someone from the old guard & someone from the current music scene to represent music from the British invasion 'til now. Terrible broadcast, wherever the guy who posted it is from. I searched all over for a good video of that & couldn't find one that wasn't recorded off a camera aimed at the TV screen...

Chances are, they only did a quick run through or 2, then performed it...

Leona was/is probably quite busy, as she's been on top of the charts for some time. Jimmy was probably just happy to get out & play again. People can say what they want about him, but he (& Zeppelin) changed rock music forever. Those Brit's were pretty innovative, even if they were only stealing music of old. They figured out how to record in new, innovative ways & put it to record. Sure, they were rough around the edges live, but, try playing the 7 guitar parts you recorded live & see what you come up w/.

The "critics" as they were (are) are a bunch of blowhards. Most of them don't know anything about anything. Ever read a current issue of RS? Things haven't changed much. Circus & Cream, were almost satirical of a real review. Circus at least tried, albeit, the name suggests otherwise. I listen to the early Led Zeppelin shows & wonder what drugs the reviewers were on, or if they even were at the show they claimed to review. The recordings don't lie, especially, when the recordings usually point of the defects of the performance. They were on fire in '69. The San Fransisco reviews said that they were 4 people up on stage playing 4 different songs & was a terrible mess. Listen to the SF recordings, were they even there?

NAD, not a Marshall but I could use some opinions if your familiar